Nornor is definitely making an improvement but still not quite back to herself yet. We’re continuing to give her the antibiotic – which she has made it very clear she does not like. The syringe that we administer the antibiotic is larger than the syringes we use for her other medicines. She sees that one coming and she’ll start whipping her head back and forth trying to get away from it. There is a gritty texture to it and she is NOT impressed with it. We’ve found that if we can distract her with rattles, whistling, lights and clapping we can get it in her belly without gagging and pukes. It is QUITE the production!

“Does anyone have any special requests?”

We try to get out each and every morning for a run, weather permitting! Sometimes if Nora is lucky she’ll get to do an evening jog with Daddy too.

She gets herself tired!

She took some long “recovery naps” in the afternoon. We started to see glimpses of Happy Baby when she woke up. 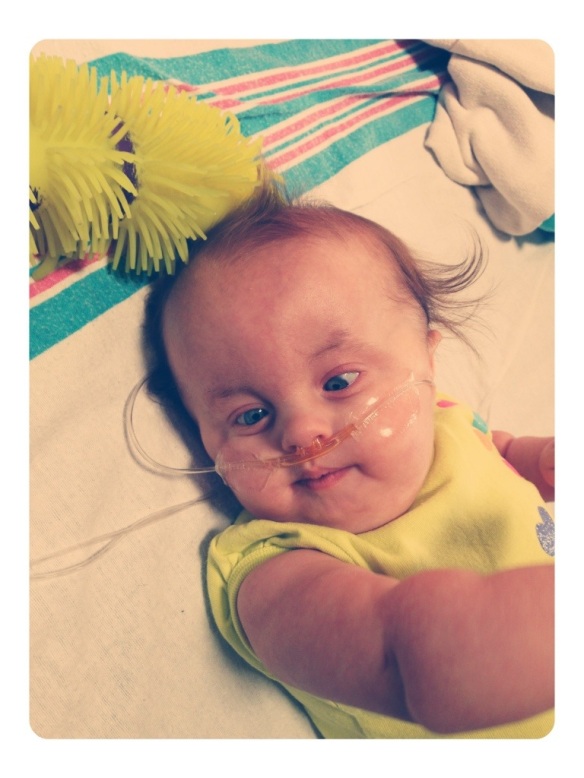 After baff time it is cuddle time.
“I love my sister!!!”

At 3:30 we left for Greta’s dress rehearsal. However, when we got there we were politely and sympathetically informed that this was the matinee cast. The evening cast’s rehearsal didn’t start until 6:30. Apparently my brain can only process so much information. That memo was undoubtedly crumpled up on the floor in the corner of my brain somewhere. I was just relieved that it wasn’t on a completely different day. Fortunately my parents live nearby so we went and hung out there for a couple of hours.

A bird serenaded me on the antenna while I caught up on some correspondences on the back patio. 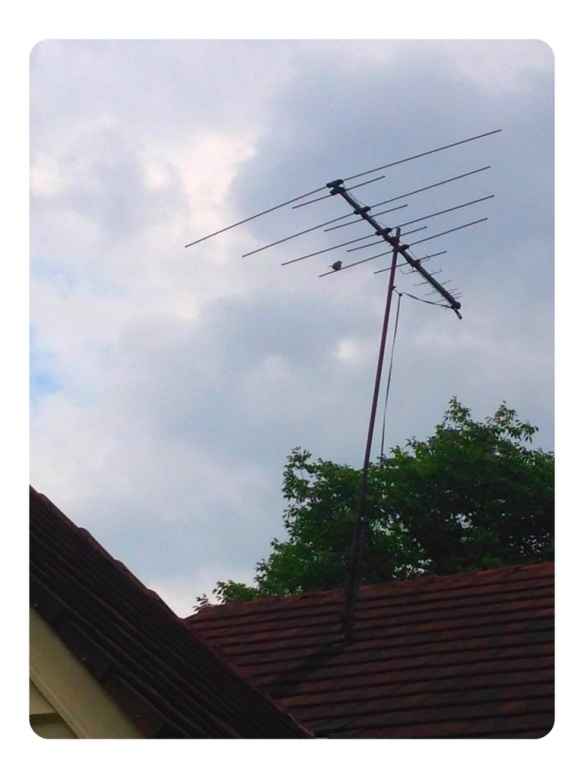 Eventually it was the proper time for the dress rehearsal. Nana accompanied us! 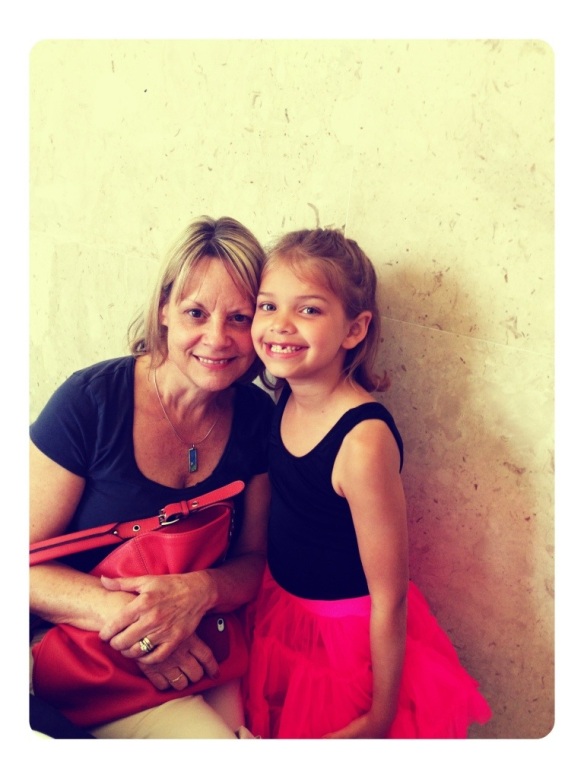 On my way back home I had some quiet time on the ferry. Greta was watching a movie on my phone and it was the perfect opportunity to pray for some of the people and families on my prayer list. As I was praying, I was also questioning God’s will vs. prayer. Do my prayers really matter, I wondered? What could be more powerful than God’s will? Who am I, who are we, to be able to persuade Him to do something that isn’t in His will? Is prayer just a waste of time? I didn’t pose the question with any true sincerity. I have seen firsthand the absolute power of prayer countless times throughout my life. I was in a sense trying to figure out how it all worked together. I quickly recalled a recent conversation I had with a friend of mine. She related it to us as parents. Without being too specific, her daughter was asking to do something she initially did not think was a good idea. She didn’t think it was anything her daughter was ready to do just yet. However, her daughter was heartbroken. She tearfully explained, without throwing a tantrum all the reasons she wanted to have this request honored. This might not have been her mother’s will for her, but after hearing all of her reasons it was reconsidered. This was not something that would emotionally or physically harm her daughter. All of her daughter’s reasons were earnest and legitimate. If anything it might become a hassle and an inconvenience for the daughter down the road, but Mom would let her figure that out on her own. No harm done, request granted. She even took special measures to honor her daughter’s request. Her daughter was over the moon happy. Had she not asked, it never would have happened. That made better sense to me in that context.

Jesus even explained prayer as it relates to being a parent:

“Keep on asking, and you will receive what you ask for. Keep on seeking, and you will find. Keep on knocking, and the door will be opened to you. For everyone who asks, receives. Everyone who seeks, finds. And to everyone who knocks, the door will be opened. “You parents—if your children ask for a loaf of bread, do you give them a stone instead? Or if they ask for a fish, do you give them a snake? Of course not! So if you sinful people know how to give good gifts to your children, how much more will your heavenly Father give good gifts to those who ask him. (Matthew 7:7-11 NLT)

As I disembarked the ferry and continued on my way home, my contemplations about prayer were interrupted. I suddenly remembered that I needed to stop for cat food. As I was pulling into a parking spot at the grocery store, I noticed a bumper sticker on the car in the next spot: “PRAYER WORKS” it said. ////chills//// Incase I’d had any questions!!

We’re getting more glimpses of Happy Baby! Or is this Surly Baby? 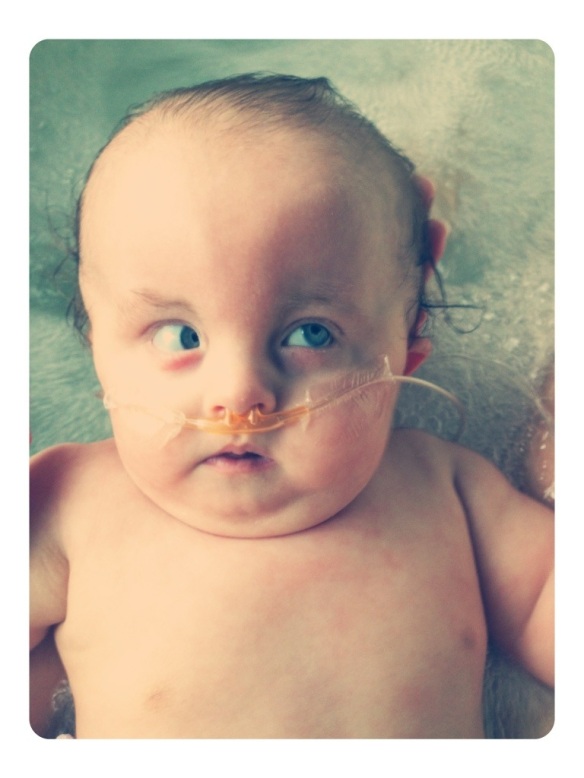 It was a dreary day, so we went over to Flo’ Town to visit Daddy on a job site.

We had to look away while Daddy was welding so as not to ruin our retinas!

“I’ve been hearing rumors of some sort of party or something this evening. It’s my Mom’s ’21st’ birthday I think I heard her say. I wonder what I should wear?” 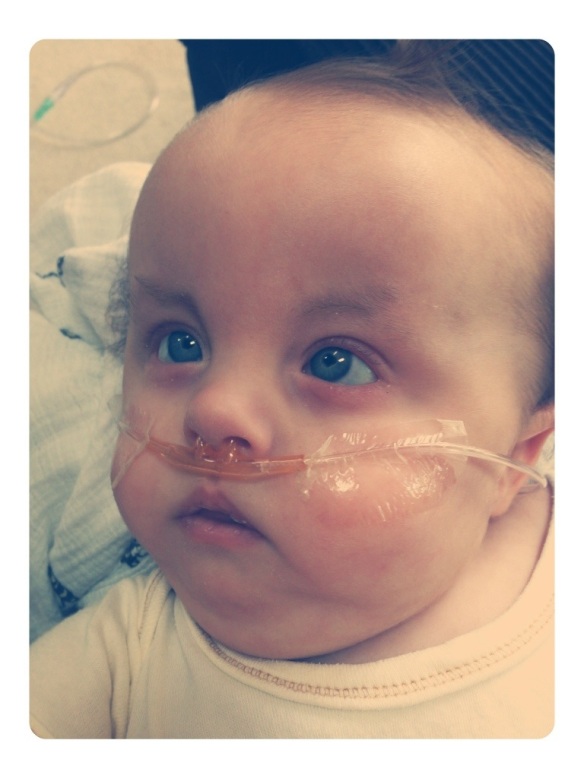 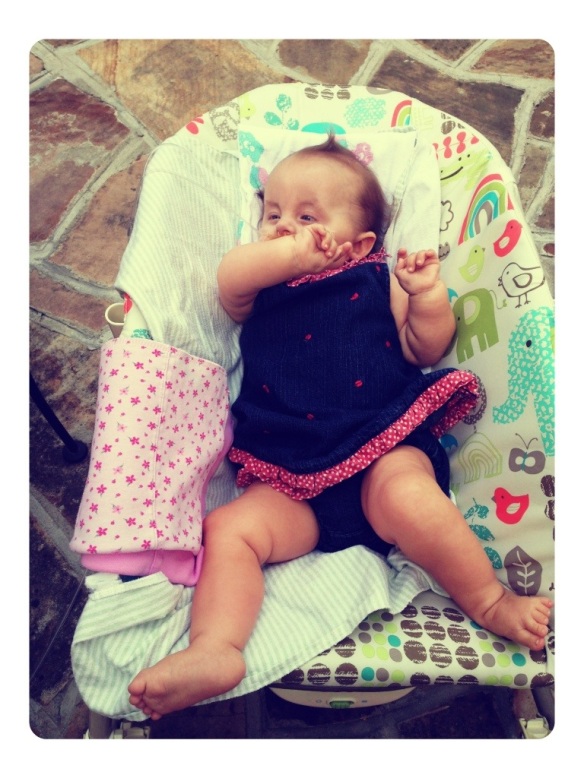 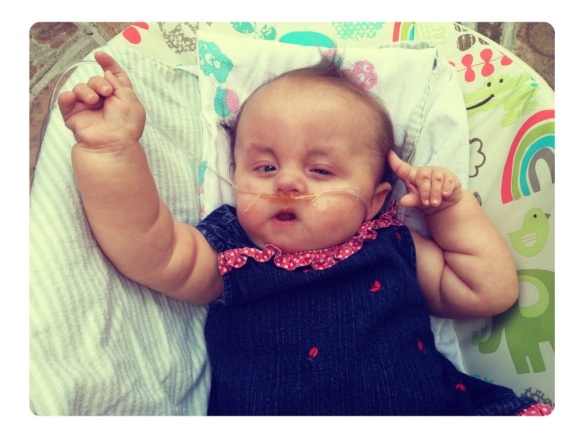 “I want to hear that Happy Birthday song again. I kinda like that tune!” 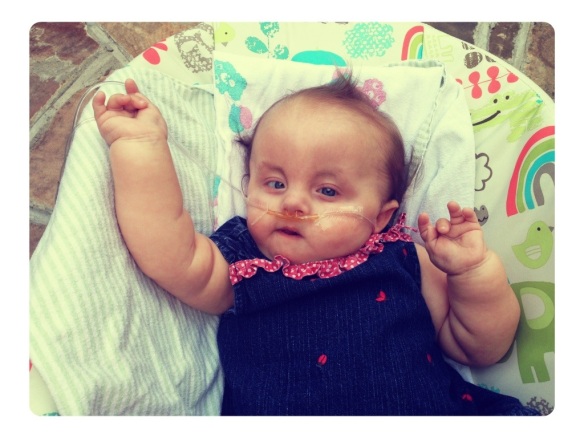 “And then Mommy told me some secrets about how sweet I am!”

Unfortunately, Nornor fell asleep and missed out on her favorite song being sung. Which was just as well as I didn’t need to be sung to more than once! It’s a big birthday and I tried to slide under the radar undetected with this one, hid my birthday on FB and everything. But I guess the proverbial cat was let out of the bag!

It’s hard to look forward to the weekends anymore because usually there is nothing relaxing about them. I am finally sitting down after a frenzied morning of laundering baseball uniforms for the team pictures and leotards for dance recitals, while trying to soothe, feed, medicate and bathe a very fussy baby – and myself (minus the medicate part).

OF COURSE as I am literally about to walk out the door to bring Greta to her dance recital, we figure out that the very unhappy Nora has another fever of 101.4°F. I had given her ibuprofen earlier in the day because she just seemed uncomfortable. Obviously it was not helping. I even packed the girls up and made a mad dash to the grocery store to get some teething gel incase it’s her teeth that might be bothering her. For some reason this grocery store did not have any and Nora was on her way to freaking out. Thank you, Tiffany for saving the day and running to another store for me. I wish I could say the teething gel was the golden ticket, but it’s not. I have no idea what the problem is now. Is the antibiotic not working again? Is it something else altogether?

I absolutely hated leaving Nora, but I knew she was in very, very good hands. I talked to her pediatrician just before the recital started and we just need to continue treating her with Advil and Tylenol. We went over several different theories and plans of action, which I won’t elaborate on right now. Hopefully what ever this is will GO AWAY!!!!

Here are pictures from this evening. 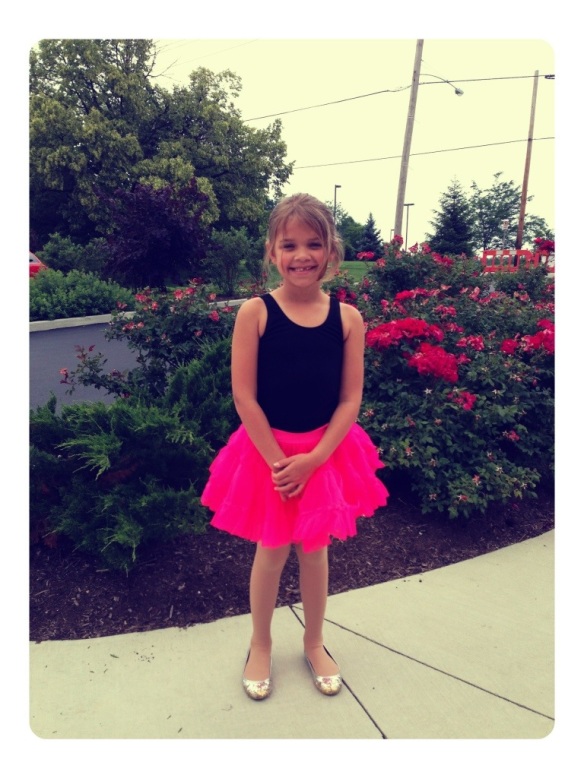 We “snuck” over to Nana & Papa’s while they weren’t home to get a Lego kitty cat that Greta had left behind last night. We borrowed their backyard for a pretty picture (and put it back exactly how we found it). We did unleash some cleaning fairies in the basement to tend to the mess the kids had left behind!

We were happy to get back home to see Norns. She seemed a little happier, but still a little fussy. Please pray her through whatever this is! PRAYER WORKS! 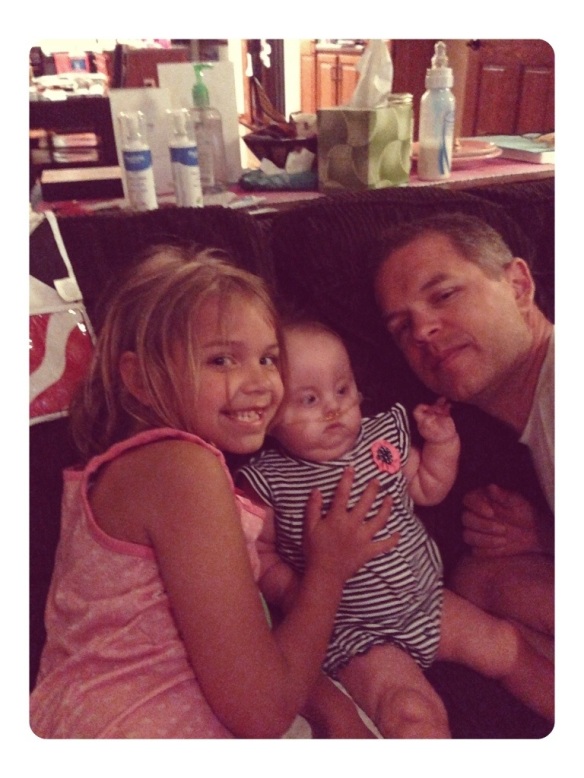 Rejoice in our confident hope. Be patient in trouble, and keep on praying. (Romans 12:12 NLT)

8 thoughts on “Tuesday thru Birthday + Recital”