Now that the big kids are out of school I’ve discovered my allotment of time and energy is MUCH to be desired. I know you understand, but I apologize anyway for the infrequency of my posts! Here’s the past three days ~

Last year I had the pleasure of meeting Emily & James Mummert. The pleasure was tinged with sorrow as they had then very recently lost their son Harrison to trisomy 18 on May 29th of that year.

Just over a year later they put together an amazing event in memory of Harrison in the form of a 5 and 10 K race. Over 500 people (!!!!!!!) showed up to celebrate the short yet mighty life of Harrison James Mummert. Because this little boy simply existed there are people that otherwise would not know each other who can now call each other friends. Because of Harrison $8000 (!!!!!!!) from this awesome event will benefit the NICU at Dayton Children’s Hospital to assist other families who are faced with weighty hospital bills on top of the already stressful experience of having a medically fragile infant.

Carry each other’s burdens, and in this way you will fulfill the law of Christ. (Galatians 6:2 NIV)

Pictures from the race:

Emily (and Baby Marshall due in a couple of weeks 😊), me, and James 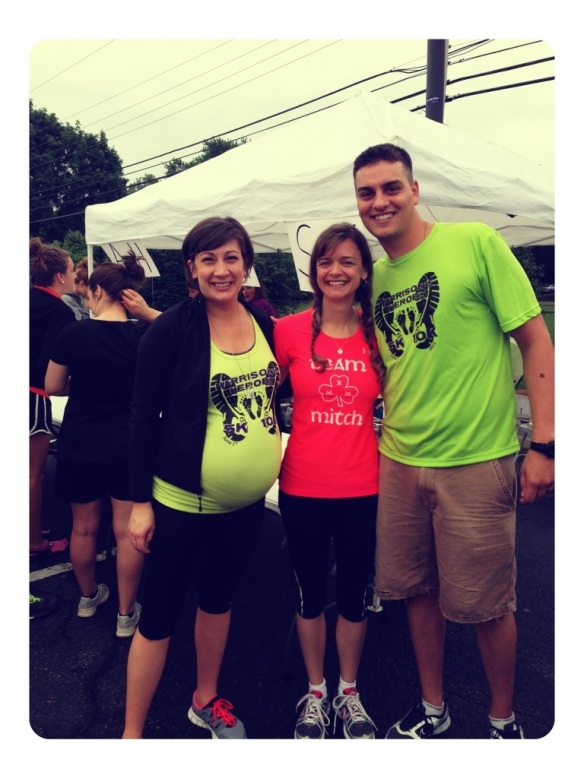 It was absolutely awesome to meet Harrison’s Nini & Poppi, his Nana & Papa, as well as some of his aunts, uncles and cousins. I even got to meet some of you awesome prayer warriors who also came! You’re all awesome! 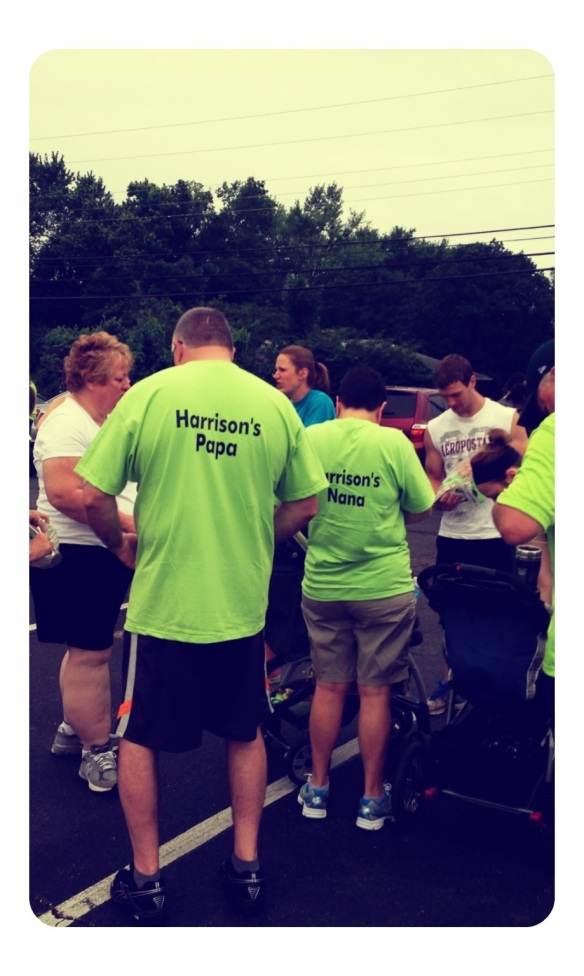 Awhile back James wrote a poem about their loss and asked a good friend to set it to music. These friends performed the song live and I don’t think there was a dry eye in the parking lot. Kate R., who came along with me, pointed out the three birds that flew over the tent during the song. Of course! 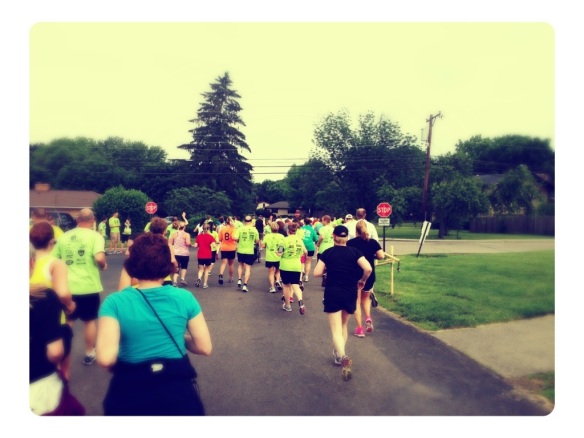 Duck-faced self portrait, while running, seconds before I SUPPOSEDLY tried to “off” Kate into a ditch! 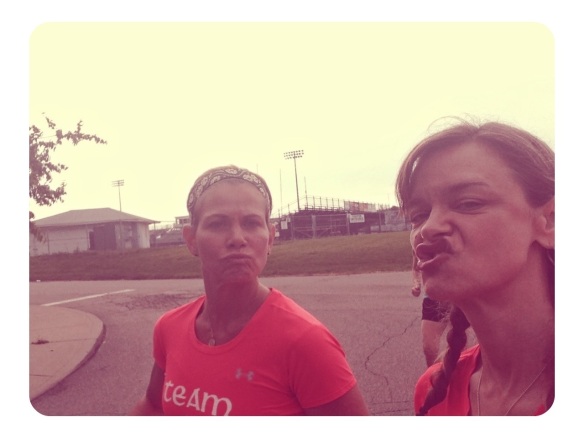 Many Multiple Marathon-Runner Kate probably could have run circles around me (which is why I tried to get rid of her around the first bend – she makin’ me look bad!!), but she kindly opted to stay at my “arduous” pace. I was amused that she was able to converse with me as if we were simply sauntering down a grocery store aisle. I would respond in sentences with 30 seconds between each word, meanwhile trying to coordinate my pissed off heart and lungs! “WHAT…. are…. you…..doing…. to…… us???!!!???!!!!???!!!” they demanded.

Considering this is the first time I have ever continuously run such a CRAZY distance (3.1 miles!) I’d say I made pretty good time! I was rather pleased with myself and now I know I can actually DO that! Now if I can only convince the rest of my body!

Checking in on Norns from my parking space. 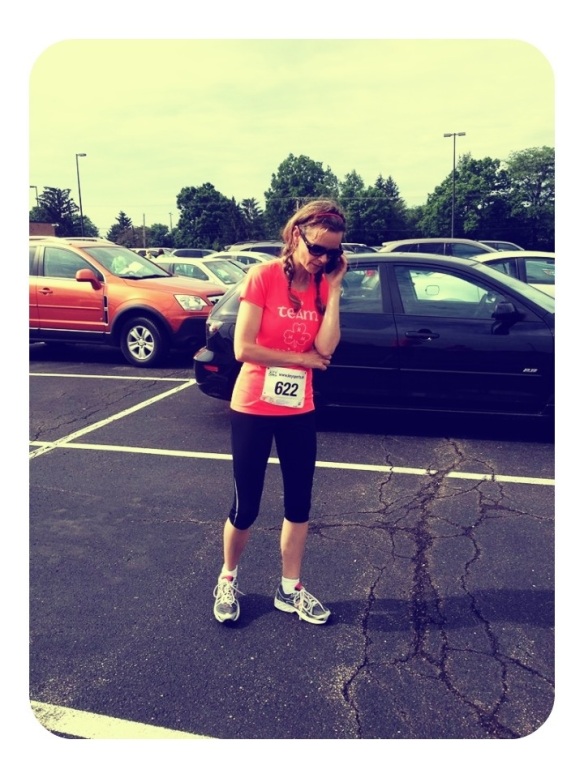 We had planned on bringing her with us, got her acclimated to the jogging stroller for this and everything. She still wasn’t feeling her best and stayed home with her Dada.

Meanwhile back in Kentucky – a boy and his Papa. Papa was able to take Gavin to his baseball game. This picture made me smile. I love their sweet relationship!!!

Once I got back home Nora and her Daddy did their run for Harrison. Look who got Bib #1!!! What an honor!!!

It started drizzling and I got a phone call to come to the rescue. I got Norns in the car, but there was no room for the jogging stroller, so William just ran home with it in what had become a bit of a downpour! Incase you were one of the witnesses who were befuddled and confused first at the sight of “some idiot running with a baby in the pouring down rain… No wait… There’s not even a baby in the stroller!? It’s empty!” as you passed by in the comfort of your dry car, my hubzbind is not crazy. He wanted you to know. 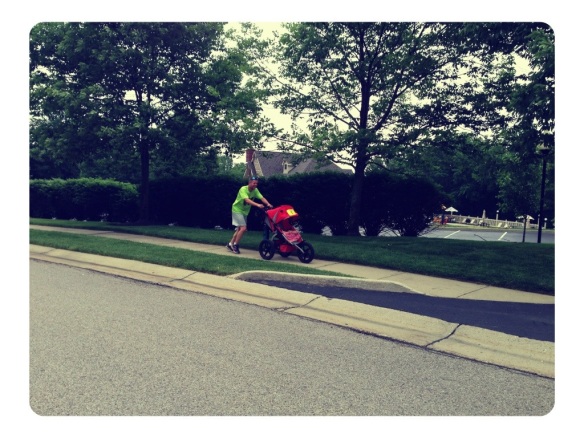 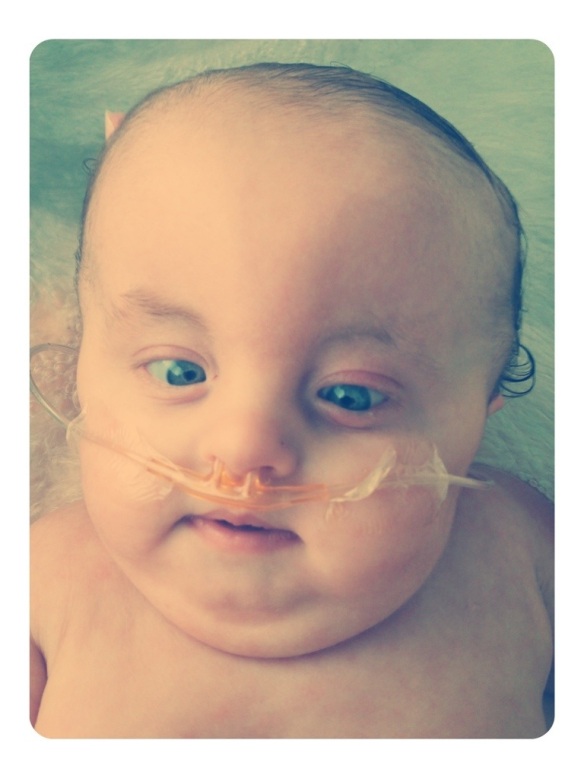 Nornor still isn’t quite back to par yet. After brainstorming with Kate on the way up to the race Saturday, gleaning advice from the trisomy 18 online community, and speaking again with Nora’s pediatrician Saturday evening this is all looking more and more like an ear infection that we’re dealing with. The last Dr. B was able to peek into her mouth her throat looked a little red. She has mucus that she’s coughing and gagging up that must be coming from somewhere (ear drainage?). That’s triggering her gag reflex which is causing the vomiting. It’s seems likely that she had the ear infection with her previous illness which involved lots of upper respiratory junk. She’s on her back a lot, which of course would increase the likelihood of it migrating to her ears. We put her on the Augmentin which eliminated some, but not all of the bacteria. After 4 days of being on the Augmentin she started feeling better and we had Happy Baby back for a few days. 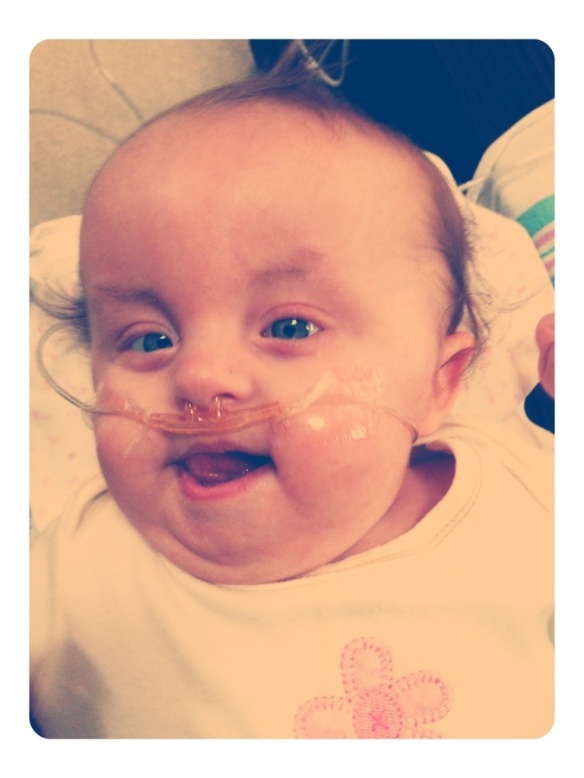 The remaining bacteria had a few days to regroup, start up some club music, disco ball, dry ice, and began breeding again. Then we got Sad Baby right back. I wish we could see into her ears, but as we’re not able, this seems to be the likeliest of scenarios. She is on another different antibiotic called clarithromycin which will hopefully do its job!

In the mean time we are keeping her comfortable with ibuprofen, Tylenol and extra special loves.

“I love my Brudder n Sister!!” 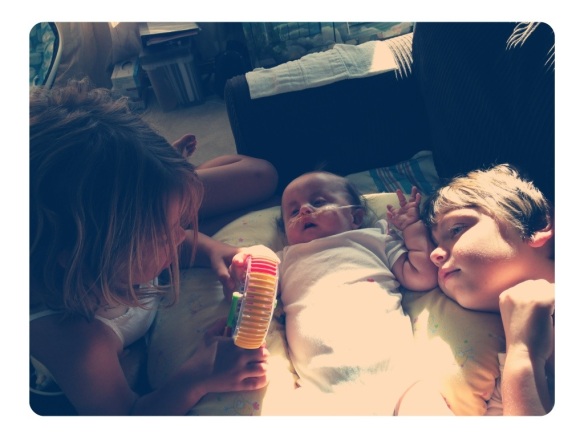 Nornor definitely seems to be making some progress. She still had some fevers going on in the morning, but perked up after some Advil.

After her nurse arrived I took the big kids to the library and watched them play chess. 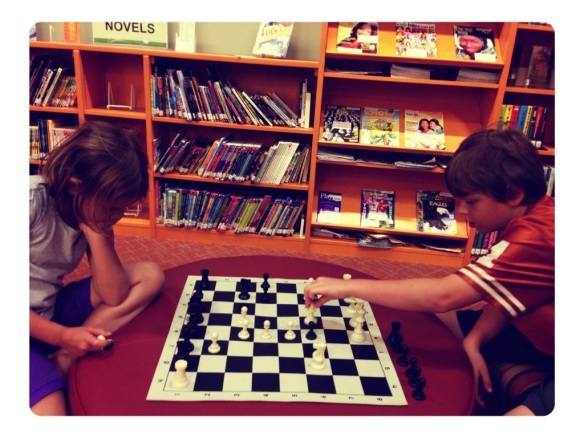 After the game abruptly ended over a conflict about the rules I told them to pick out some books. I had to explain to Gavin that a DVD and Sports Illustrated didn’t count as books and ended up picking something for him as he was busy pouting.

Back home Greta invited a friend over while Gavin went up the street to play. The girls and I went creeking! 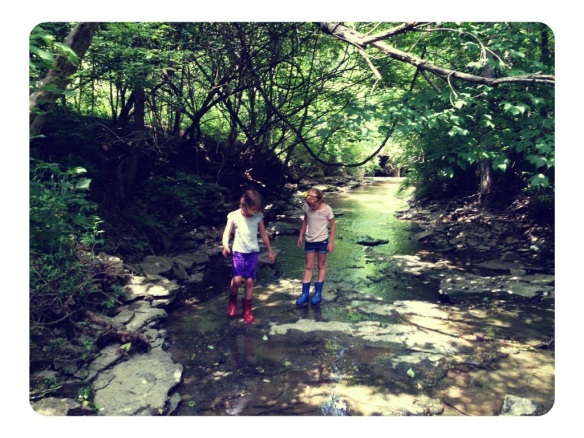 Nora. A dear, a female dear.
Ray. A golden drop of sun.

G. A name, he calls himself. 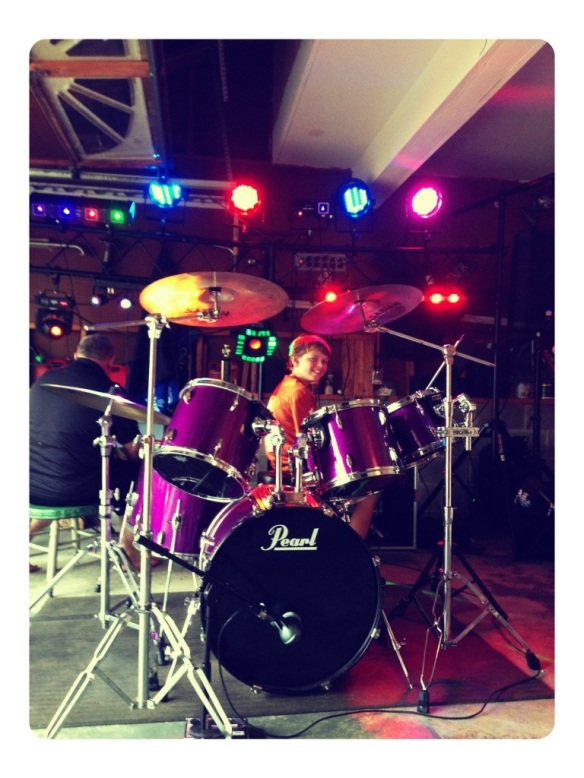 The Lord will guide you continually, giving you water when you are dry and restoring your strength. You will be like a well-watered garden, like an ever-flowing spring.
(Isaiah 58:11 NLT)