Miracle [mir-uh-kuhl] – noun
1.  an effect or extraordinary event in the physical world that surpasses all known human or natural powers and is ascribed to a supernatural cause.
2.  such an effect or event manifesting or considered as a work of God.
3. a wonder; marvel.

Nora is a miracle, as is all life, in that she is a work of God. It is also a miracle that she’s come this far. Through all of the critical stages of pregnancy, she’s managed to persevere with a stubbornness that can only be attributed to her mother! I read today that 50% of miscarriages are due to chromosomal abnormalities. With so many things potentially in error with Nora’s genetic make up, there is also an abundance of efficiency present to have enabled her to have made it this far to 30 weeks! That is a miracle.

I’ve played out all sorts of fantasies in my head — an out of town area code shows up on the caller I.D. and “Maybe it’s the lab calling to clear up a terrible error that was made with the amnio results!!”, “Maybe the vials were mixed up!”, “Maybe the person reading the results was new and inexperienced!”, etc., etc.  The amnio results are said to be 99% accurate. It’s not so much that 1% shred of hope, or a possible error that I’m hanging onto, but rather God’s infinite power. Our God that created an entire universe has the power to cure a tiny baby with an extra chromosome.

I won’t sit here and pretend that I have God, faith, and religion all figured out. I don’t think there is anyone on this earth who could ever fully grasp the vastness of it all. Ultimately God wants a relationship with us, and what ever vehicle gets us there is all that matters. Arguing about religion is almost as silly as arguing about Ford vs. Chevy. One can point fingers and admonish the other driver for his lack of discernment. They can argue about the superior horsepower of one over the other, plaster “Piss on __________ ” stickers all over the back of their trucks, all in attempt to one up the other. But does it REALLY make a difference? At the end of the day, both trucks have 4 wheels, an engine, the ability to get people from point A to point B, and sometimes out of messy situations. In my opinion there is no “right” or “wrong” way. So it is with our faith.

In the words of Paul, “For Christ sent me to preach the gospel — not with human wisdom, lest the cross of Christ be emptied of its power.” – 1 Corinthians 1:17

The disunity amongst us empties the power of the cross. That’s what it says in the Bible and that is what I believe to be true. 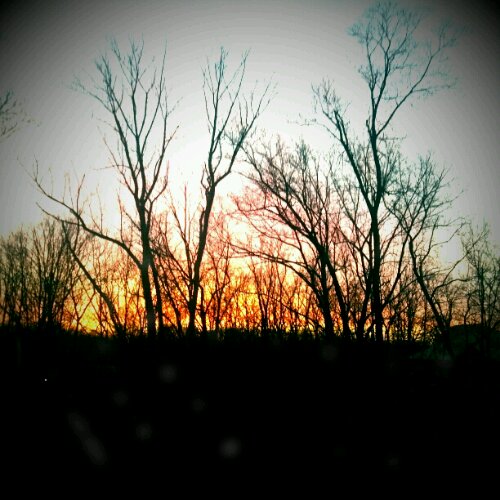 Shortly after Nora’s diagnosis, my Mom was going through old letters and correspondences that belonged to her mother, my Grandmother. Among them was a letter about my grandmother’s first cousin Fr. Joseph Cappel. He was a Maryknoll priest that served as a missionary in Curepto, Chile from 1943 until his death in 2004 at age 95. By all accounts, he was a humble and incredible man, ministering to the poor and needy in his community by bicycle almost up until the day he died. There were 3 funeral masses said on his behalf just to accommodate his mourners. Recently, for reasons I’m not quite sure, his body was exhumed to be buried in a different location. It was then that it was noted that his body was still perfectly preserved! Many in his community are regarding this as a miracle and are seeking to have him canonized into sainthood — to have him officially recognized by the Vatican as a saint. Part of the canonization process involves documented miracles, as defined by the first definition above. Without any further thought on the matter, we immediately began praying for Fr. Joseph Cappel to intercede on our behalf and on behalf of this little baby! A  specific prayer was written out in the letter to put forward when praying for a miracle:

We give thanks to you for Your Son, Jesus, our brother, who had pity on so many needy, when He was one like us.

To Him, Father Joseph Cappel F., Missioner of Maryknoll, consecrated his whole life, which he gave completely to Your favored ones, the sick, the poor, the sorrowful and the abandoned.

Lord Jesus, come now to our aid. We implore you that, by the intercession of Fr. Joseph Cappel of Curepto, You grant us what we request, Virgin Mary, Mother and Lady of the Rosary and of Maryknoll pray for us also. Amen.

A couple of weeks before we found out the gender of our little one, I was looking through genealogy information to find out the exact relation of Fr. Cappel.  I was overwhelmed with emotion to learn that he was the son of my great great Aunt Nora. “Nora” being the name I was so fond of, and that I had already picked out for a little girl. “Wouldn’t that be something if this baby is a little girl,” I thought.

Signs, prophecies, hints, premonitions? I can’t say, but somehow I can’t add “coincidence” to that list and I will continue to pray for that miracle.