We have been rejoicing in the wondrous return of Happy Baby!!! 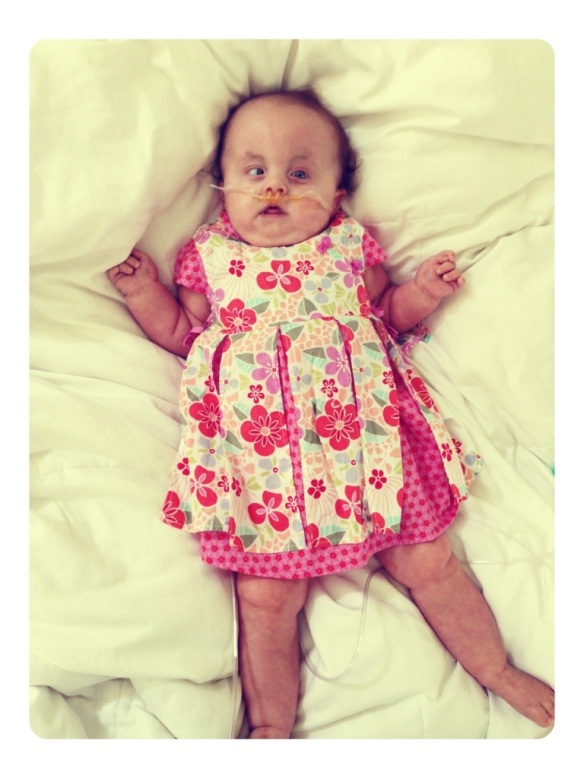 Her happiness and contentment now even supersede her good days before she got sick!! She has the intermittent gas pains from time to time, but they are very shortly lived and forgotten about moments later. The squeals and the happy little noises are so so treasured!!!

Yesterday was The Last Day of School for a couple of Big Kids that live here.

And just like that – this was their last time running up to the bus stop as 4th and 2nd graders. I am left behind at the front door wondering how in the world an entire school year just came to pass.

“Bye, Brudder n Sister! I’ll see you when you get home!”

“Here’s me on my morning jog! I really, really like running! Mommy is getting a little better at it. I like to go fast!”

“Mommy thinks I’m delicious too. She could kiss and sniff and nibble on me all day long!”

“I’ll tell ya what else is delicious is SQUASH! 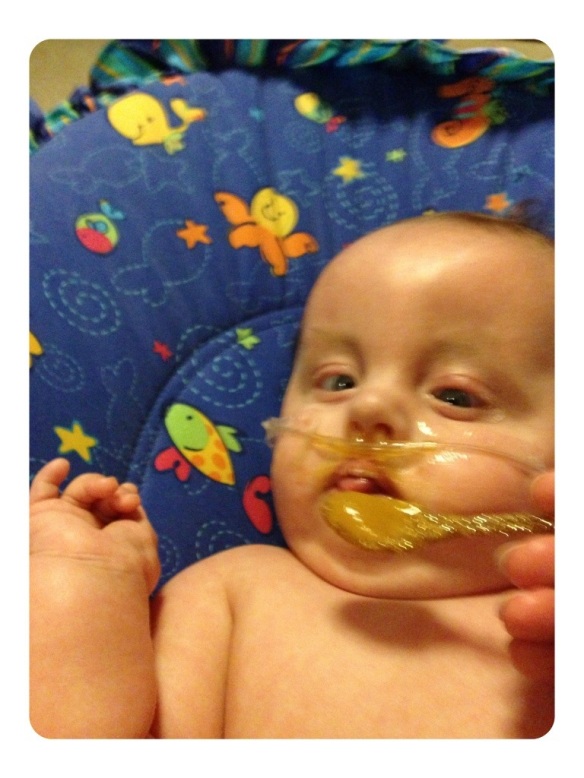 “I got to try a new food today and I really liked it!” 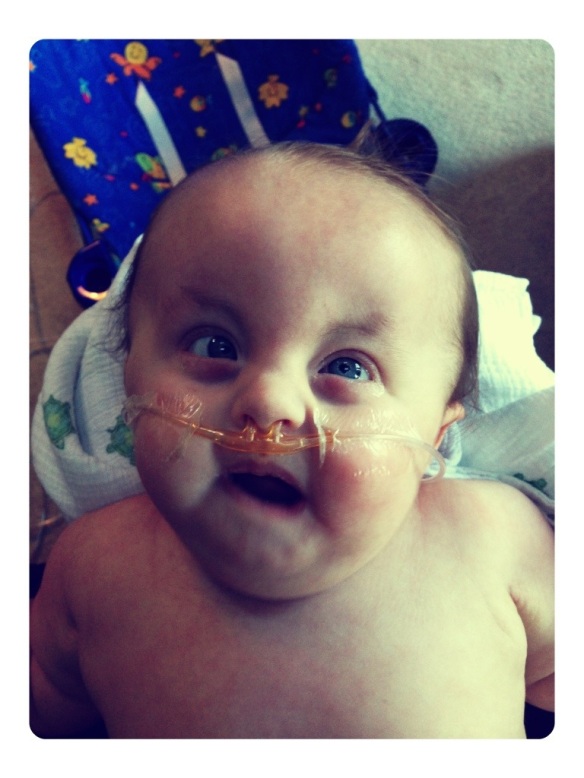 On Mother’s Day just as we were getting ready to walk out the door to go to my brother’s house I heard the tell-tale THUD of a bird hitting a window. I immediately rushed outside as I always do when that happens and saw an injured mourning dove lying in the grass. As I approached her I saw that she was alive… and conscious. Hopefully she was just stunned, I thought. I went back inside, but was dismayed to see that she was still in the same spot several minutes later. I went back outside again and this time noticed a little bit of blood in the corner of her beak. She reluctantly let me pick her up, and was obviously too injured to fly. We rounded up a box, placed a towel in it and put her in the dark laundry room for the time being.

The next morning we brought the box outside to release her, but she wasn’t able to fly at all. I recaptured her and put her back in the box. After the kids were off to school, Nora and I took a trip with the bird to visit our favorite, amazing bird rehabber friend, Ginger. Ginger is one of the neatest people I know and I think she just might love birds as much as I do! 😉 She was able to tell right away that neither of the bird’s wings were broken. That was a bit of a relief, but only time would tell if there was a brain injury. We just had to wait and see.

I was ecstatic to learn that 10 days later, the mourning dove had made a full recovery after spending some time in the flight cage. Ginger said the dove was ready to be released and we could come pick her up any time.

We opted for Friday–the last day of school. I picked Greta up from school and we headed out to go get the bird.

Greta very carefully held the carrier in her lap and kept a loving eye on the dove as we made our way back home. 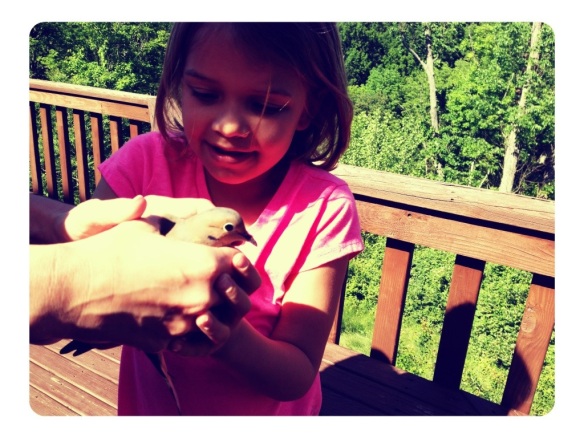 She flew off to a nearby tree and sat there for awhile collecting her wits, probably wondering what in the world just happened!! We watched her for as long as possible through the binoculars before it was time to head off to Gavin’s baseball game.

That was our eventful Friday. Despite being action-packed, crazy-busy, everything fell neatly into place without so much as a glitch. I love it when that happens!

And we know that in all things God works for the good of those who love him, who have been called according to his purpose.
(Romans 8:28 NIV)