“Time to wake up and be sweet!”

Nora had a record day of eating today! Her usual intakes are around 600 mL (give or take) per day, maybe 700 on a really good day. Today she drank 940 mL! The dietician visited today with her scale and this sweet little chunker chunk weighs THIRTEEN POUNDS, TWELVE OUNCES!!! She’s getting to be such a big, big girl and getting closer and closer to the typical growth pattern!

Gavin is definitely on the mend, but complaints of neck pain and headaches with a fever set off some shrill alarms after I googled those symptoms. He hasn’t had the fever since Monday evening but the nurse I spoke with at the pediatrician’s office suggested I bring him in to be seen just to be on the safe side.

It was noted that his throat was a little red, but Gavin insisted that it didn’t really hurt too much. The doctor decided to do a strep test just to rule that out as a possibility. There were no other outward symptoms to be alarmed about. His sore neck could have been from sleeping on it wrong or straining it somehow. (snowball fight?)

While we were waiting for the results of the strep test, Gavin and I were playing around with a photo app on my phone. This is one of our creations that we thought was particularly hilarious. He didn’t want his picture taken, so we had no choice but to turn his hand into a face:

Our silly interlude was interrupted with the announcement of a POSITIVE strep test!! I was completely taken aback with that news, but relieved that it was something treatable! Another positive is that strep is extremely unlikely in infants. Still being extra careful though.

Gavin is being pumped up with “delicious” bubblegum flavored amoxicillin and is able to return to school on Thursday.

Later, back at home Greta summoned me to the kitchen to see something(s) very cool. Maybe there was a third one nearby! 😉 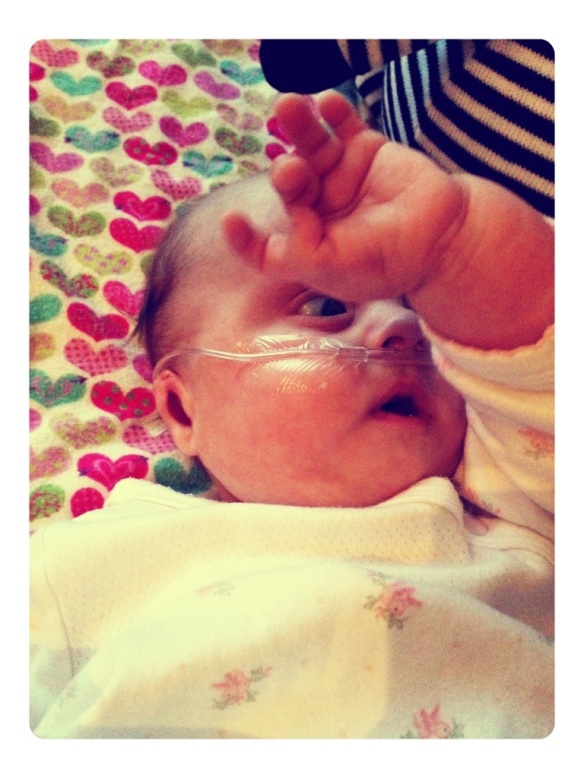 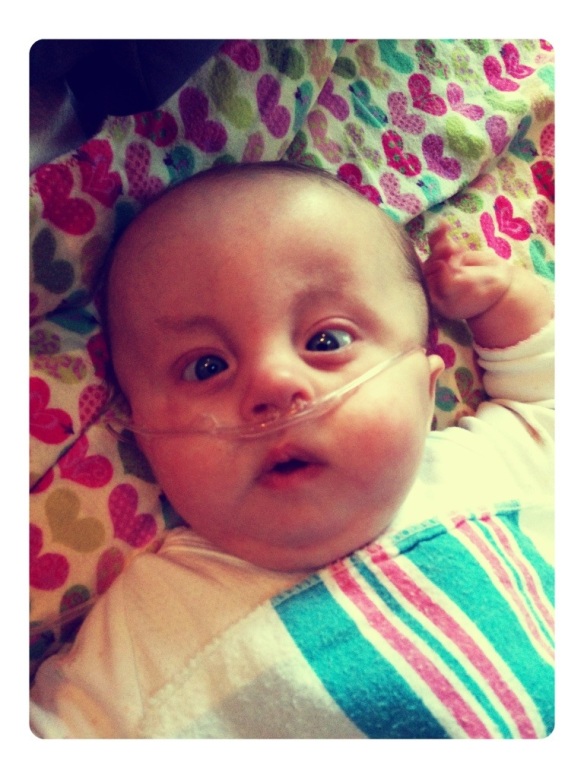 Every good and perfect gift is from above, coming down from the Father of the heavenly lights, who does not change like shifting shadows.
(James 1:17)