The big kids were granted another Friday snow day. Of course it doesn’t look like much snow, but the roads were pretty icy last night. We saw several many abandoned vehicles littering the edges of the highway on our way to the pediatrician this morning!

Dr. B. is still pretty certain that we are dealing with a stubborn stomach virus. There is no immediate urgency to see the GI doctor, but we do have an appointment scheduled for the 12th(?) which was the earliest we could get in without it being an emergency. Nora is keeping hydrated and for the most part is in exceptional spirits!

I was able to get out to run a few errands this afternoon after my eye appointment. Gavin and I spotted these three puffy robins at the edge of a parking lot. They seemed to be enjoying the sunshine as much as I did today. Sometimes a sunny day can make all the difference in the world. 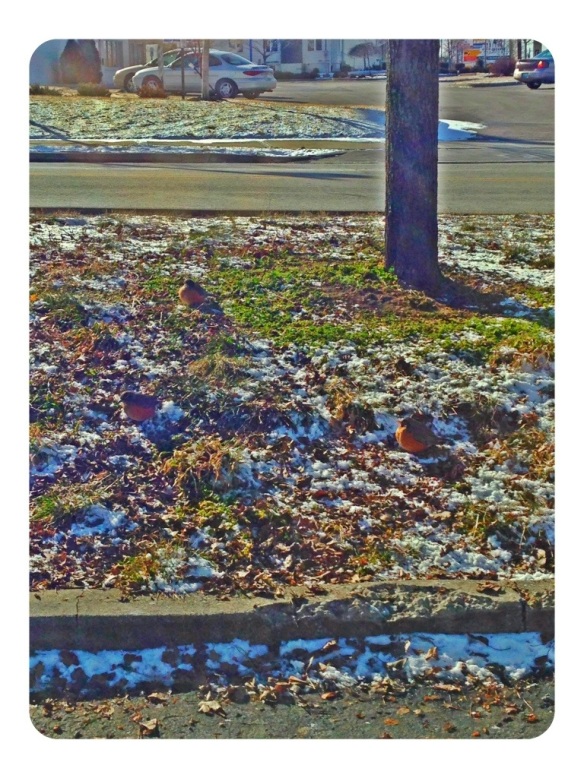 As I mentioned yesterday, I was feeling a bit discouraged and overwhelmed with everything going on with Nora’s sickness. Stumbling backward into my old way of thinking, I feared, worried and imagined I was supposed to have some sort of control over this. The relinquishment of my imagined power has been one of the hardest tasks since last January. I will say I felt much better about it all today. Nothing really changed except my perspective based on my decision to place this in God’s hands… for the seemingly millionth time. Once again I look back at all the harrowing instances that He has delivered us–now just little hills way off in the distance. This too shall pass even if I can’t see an end anywhere in sight. The days may blur and melt together, but each one is a gift.

Some days it sure would be nice to be the cat though! 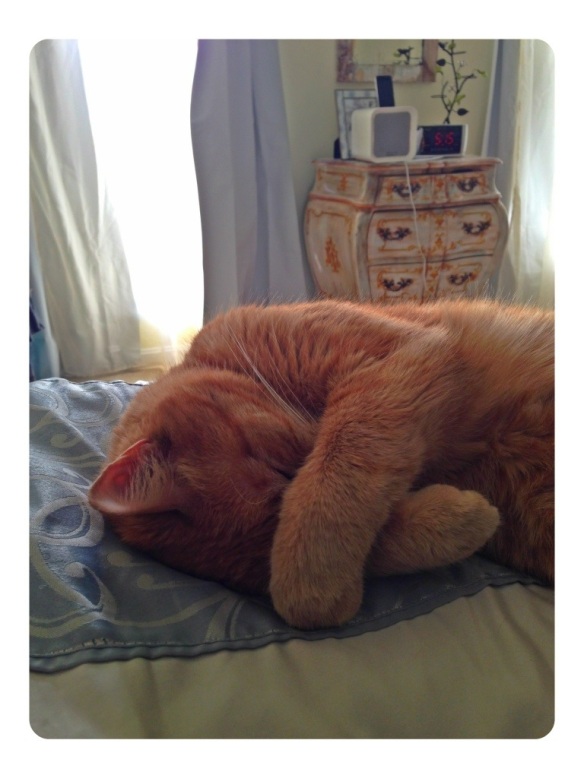 She doesn’t know to be worried about anything! 🙂

“Sometimes I worry about whether or not I’m gonna get a baff!!”

God arms me with strength, and he makes my way perfect. He makes me as surefooted as a deer, enabling me to stand on mountain heights.
(Psalms 18:32, 33 NLT)