I haven’t had a chance to post in a couple of days with everything going on here. Here are a few pictures of our little swimmer this past Sunday. 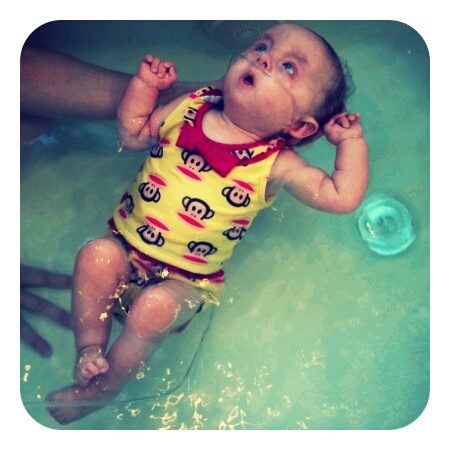 These things aren't going to fall off me again, are they?

Dat was kind of embarrassing!!

Despite her cold Nora slept wonderfully through the night (Sunday night) and even ate well during the time she woke up. I assumed she was tolerating her cold well and was surprised Monday when she was less than enthusiastic about her milkies. I gave her a couple of baffs to break up the monotony of the day and then settled her down for an afternoon nap. 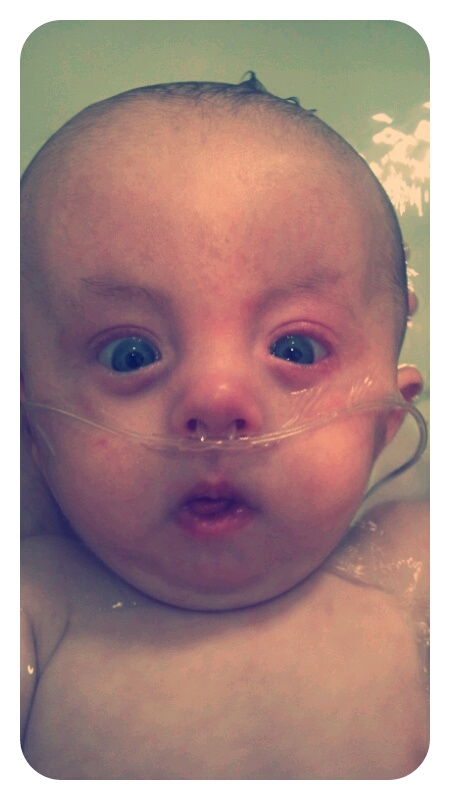 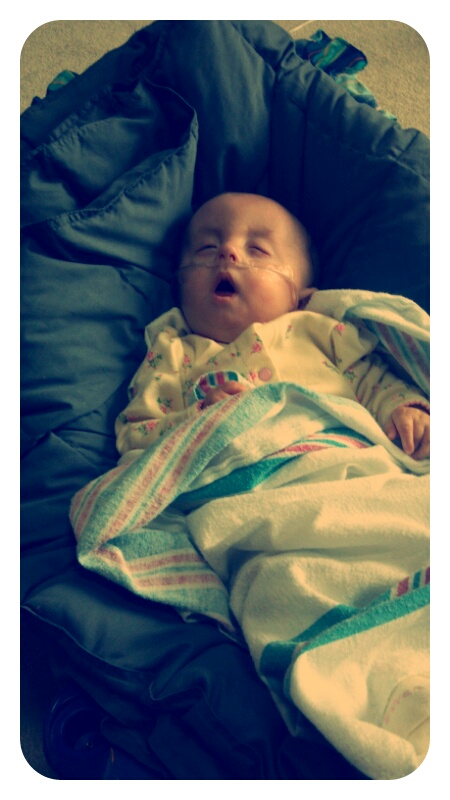 Awhile after she fell asleep I became concerned about her coloring and hooked her little foot up to the pulsox machine. Her oxygen sats were reading low. Panic mode. I wasn’t sure if the congestion was preventing the flow of oxygen or if her lungs were compromised. I rerouted the oxygen flow through a tube that I placed near her open mouth in the hopes she would regain healthy sats that way. It worked for awhile until she woke up. She was angry, hungry, gassy and pissed – not a easy combo for trying to keep a tiny hose pointed at her angry little mouth. Frustrated and worried we watched as the sats dropped again. Was she just wiggling around too much, which would give false readings? Or were her sats really dropping that low? We had our doctor make “reservations” for us at Children’s and I packed our bags. I’m so thankful for awesome neighbors who rushed down to get the big kids AND fed them dinner while we tried to figure out if we were coming or going – on their anniversary, no less!! However, once we got Nora settled down and some more boogies extracted, the levels were reading steady again, and with the oxygen running back through the nasal cannula. After about 45 minutes of consistent readings we decided not to go to the hospital. My mom agreed to come over and spend the night just in case, but fortunately it never came to that. 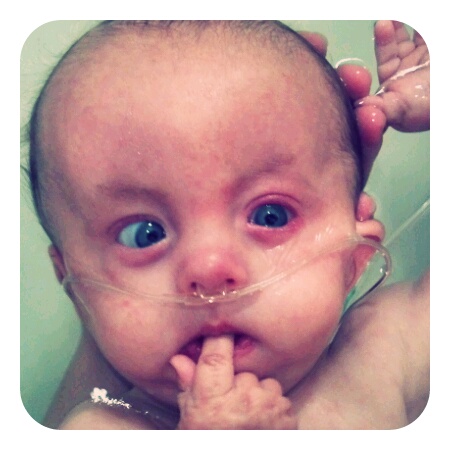 Oh! Did I cause some troubles?

Because I’ve not always been diligent about washing my hands AFTER I’ve cared for Nora I now have her cold. I took some cold medicine last night that “may or may not cause drowsiness” hoping that I would at least be able to assist in Nora’s care last night. It rendered me completely useless and I may as well have had a fifth of Jack before I went to bed. (Sorry, sweet hubzbind) I did try to post a blog entry, but obviously that didn’t happen either. (Sorry, sweet readers)

My wonderful, awesome Mom helped get the kids off to school this morning and then did some grocery shopping for me. Later in the morning Nora had her baffies after Daddy got some Johnson & Johnson mentholyptus scented baby wash. We turned on the jets to get some extra mega bubble action. She seemed to like that! That set the tone for a nice long afternoon nap. 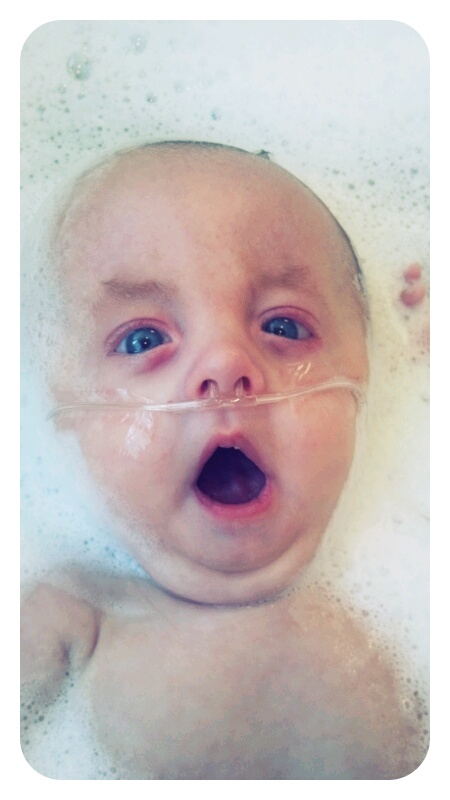 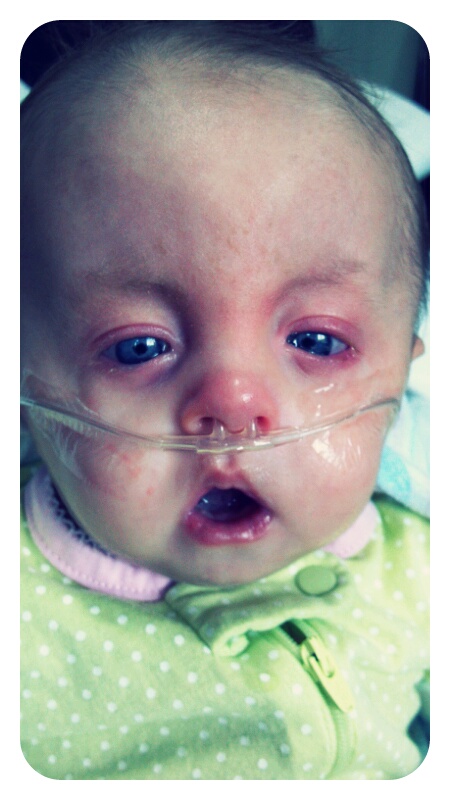 So here we are, holding steady and making our way over this exasperating bump in the road. We’ve been advised to keep Nora at home except for doctor visits, and to keep our visitors to a bare minimum, all of which who must have had a flu shot! We do have the RSV vaccination lined up for Nora, so hopefully that will alleviate any worry of that! The big kids have to change clothes when they come home from school and wash their hands and arms. That’s how it has to be until April. While you won’t see the Little Miss out at the grocery store, or at Bible study, I’m so glad I can still share her through the blog. And hopefully April will be here before we know it!

A drawing I found in Greta's school folder. So, so sweeeeeeet!!!!

Endure hardship as discipline; God is treating you as his children. For what children are not disciplined by their father?
(Hebrews 12:7 NIV)

* I am not being disciplined or punished for something I did wrong. Although I most certainly deserve it, God does not work like that. It is my faith that is being disciplined and perfected through each hardship. It is being molded, shaped and polished to reflect God’s glory.