We have the swallow study rescheduled for Monday. When it was originally scheduled, we didn’t realize the urgency of the matter, which was why it was so far off. In the mean time I’ve figured out that Nora does much better when she drinks her bottle in a completely upright position vs. just being propped up a little. That prevents a lot of the coughing and sputtering, aspirating(?). Hopefully we get some answers Monday.

When I was younger, I casually entertained the idea of going into auto mechanics. Not because I was that interested in cars, but so I could be knowledgeable when I took my car in for repairs instead of subjecting myself to the risk of being being swindled. Or I could fix it myself. The same concept never occurred to me as it related to healthcare. I can’t exactly say that it’s any big regret that I did not pursue a career in the medical field (or auto mechanics). I realize we all have our different talents and callings in life. Neither of those are mine. Which is specifically why God puts other people in my life who DO know what they’re talking about as it pertains to Nora. I sooo appreciate all of the comments and messages, and everyone who has made themselves so available to help us. It’s so comforting to have input from qualified individuals other than just what the hospital tells us. I like the security of being able to request things that otherwise weren’t immediately offered or made available had I not been tipped off. It’s also very nice that I don’t feel like I have to call our doctors every single second with sometimes little, but genuine concerns. Thank you all of the nurse friends, doctor friends and Moms who have been down this road, or similar with your own children. What ever would we do without you!!??

Nora and I went for our longest walk ever so far of 2 miles this afternoon! Of course I chose to do this on one of the warmer days of the week at the hottest time of the day. Nora didn’t seem to mind! Nor did she seem to mind that her ditzy mother had the oxygen tank accidentally set on ZERO airflow the ENTIRE time!!

For almost an hour she was without the oxygen flow, yet she was not lacking in color at any point on our walk or when I took her out of her stroller once we got home. It wasn’t until later in the evening when I was putting the tank away that I even realized what I had done!! Nora’s Guardian Angel must be very diligent and always on guard to cover for me when I screw up! Thank you!!!!!!!!!! Clearly, it’s a good thing that I am NOT in the nursing / medical field. {cringe!?}

Prayers for Nora’s little lungs and heart are greatly appreciated! 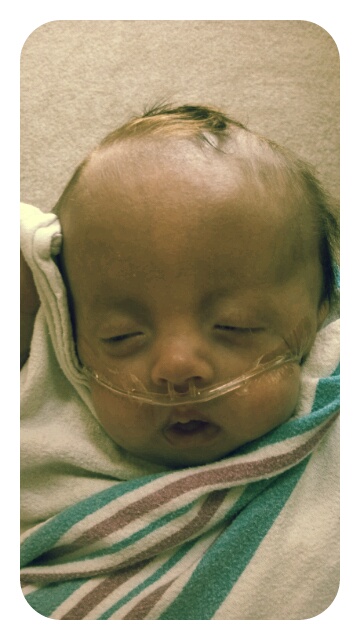 The one who plants and the one who waters have one purpose, and they will each be rewarded according to their own labor. For we are co-workers in God’s service; you are God’s field, God’s building. (1 Corinthians 3:8-9 NIV)