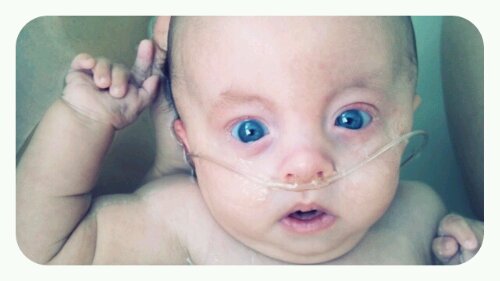 I'll have one baths, please!

I didn’t get a chance to put a post up last night because a certain little someone in our family decided that she wanted to stay up very late. Then the threatening weather was upon us. I gathered up all the necessities lest the electricity should go out and then attempted to get some sleep once Nornor fell asleep. Just as I started to doze off, a deafening crack of thunder nearly caused me to snap my spine in half from jumping up off of my pillow at 100 mph. If William wasn’t already sharing his bed upstairs with a hyperventilating 7-year-old little girl, he certainly was now!! 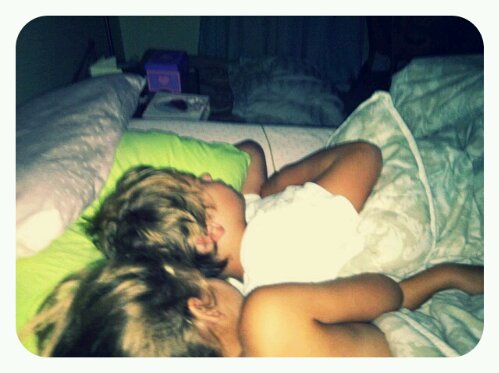 Children of the Storm

About an hour later my sleep was once again interrupted by my phone making some weird emergency alert sound that I’d only heard it do once before. Upon further investigation it was indeed an emergency alert: TORNADO WARNING IN YOUR AREA. SEEK SHELTER IMMEDIATELY.

Um… Okay then!!! Looking around at everything I needed to bring down into the basement, I decided I needed further information and turned on the TV. Fortunately we were in no immediate danger as we were not in southern Boone County. As a courtesy I DID text William upstairs that there was a tornado warning (question mark) and went back to sleep.

It figures the night that Nora sleeps great that that the weather would freak out!

Yesterday night Nora was exceptionally crabby and it proceeded on into the next day. I became a bit nervous when I monitored her oxygen level and saw that it would drop considerably when I put her oxygen flow back down to an 8th of a liter. We’d boosted it up to ½ a liter or sometimes ¾ liter when her boogies were at their worst – just to make sure something was getting through. She didn’t seem so congested anymore which is why I experimented with lowering back down. We wondered if her oxygen saturation had anything to do with her unusual fussiness and felt that an assessment by Dr. Bolling was in order.

Of course we got there and Nora made a total liar out of us. She was happy as a baby in a bath tub! She had lots to say to Dr. Bolling and didn’t have any obvious symptoms that raised any red flags. The oxygen desats are very typical with a cold, and she does still have it. We surmised that Nora missed Dr.Bolling and just wanted to come in to say hi! He did prescribe some amoxacillin as a preventative measure on the off chance that her ears were giving her trouble, or if there was some sort of sinus infection going on. Her ear canals are so tiny, it’s almost impossible to see if there is anything going on in there. Sigh of relief and a big fat reminder to STOP WORRYING!!!! 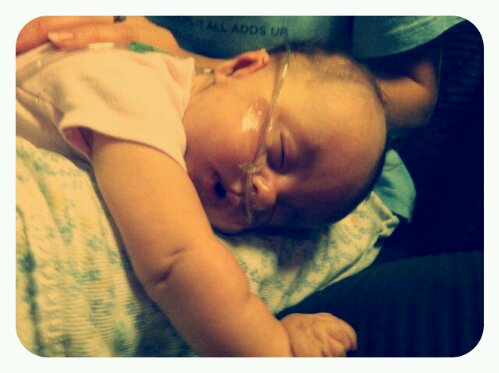 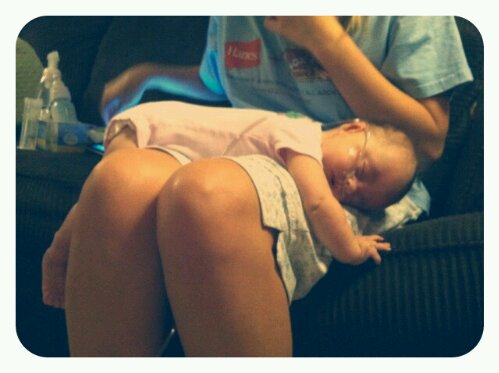 Also yesterday we were excited to hear of another little girl that lives locally with full trisomy 18. She is EIGHTEEN YEARS OLD! Our mutual contact is going to see about putting us in touch with one another! I’ve been so excited to hear about this! Of course I have talked with several other families online or on the phone with children who share the same extra 18th chromosome as Nora but I have never met any of these children in person. Before Nora was born I had never even heard of trisomy 18 / edwards syndrome. I love how there are groups and organizations focused on children with downs syndrome. It seems like these families get to join another great big precious extended family. So many of these awesome families have befriended me even before Nora was born and I am so incredibly blessed by that. While there are some similarities with these extra chromosomes, such as the heart defects, they’re still different. Not knowing any other trisomy 18 children in person can be a little scary. They are so rare to begin with, but also rare that they survive. (I logically realize that and do NOT like or need to be reminded of that.) To hear of a girl locally who is EIGHTEEN gives me so much joy and hope. Obviously this child has been cared for by doctors and specialists throughout her life who were eager and ambitious despite her diagnosis. We definitely have been bestowed with like-minded doctors. I am wowed by the prevenient grace that God has heaped upon us – that we live 20 minutes away from Cincinnati Children’s Hospital, one of the top children’s hospitals in the nation. We never knew a child of ours would be dependent on unprecedented medical care. But God did. And here we are.

From one man he made every nation of men, that they should inhabit the whole earth; and he determined the times set for them and the exact places where they should live.
(Acts 17:26 NIV84)